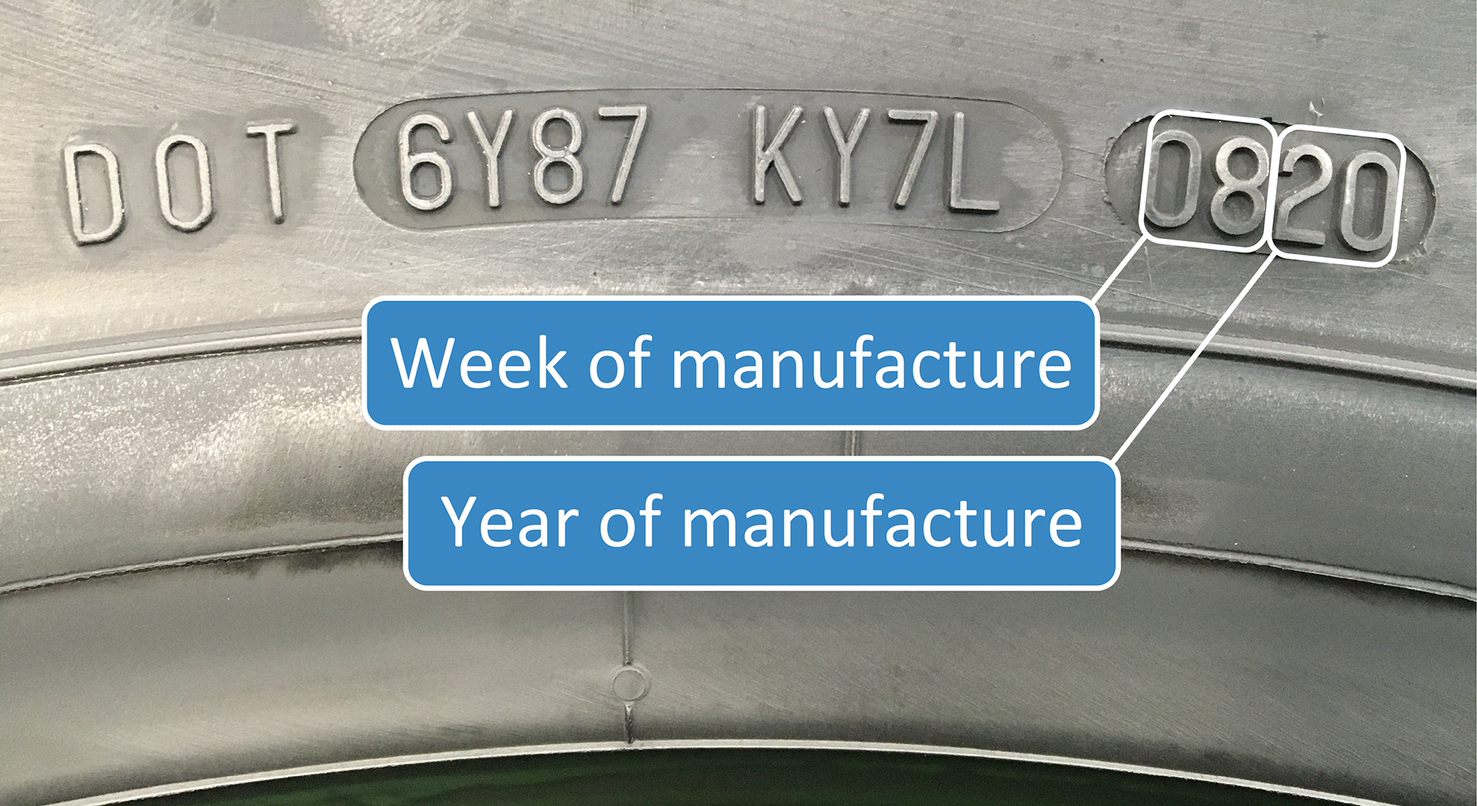 It’s doubtful the authors of Federal Regulation 49 574.5 imagined their creation would find another purpose in UK regulations some 50 years after it was drafted.

On 26th January 1971, the Tire Identification Number, more commonly known on this side of the water as the ‘DOT code’, was introduced. The purpose was “to facilitate notification to purchasers of defective or nonconforming tires, … so that they may take appropriate action in the interest of motor vehicle safety.”  In simple terms, to enable product recalls to be better managed.

Since 1st February 2021, UK Construction and Use Regulations do not permit the use of tyres over ten years old on the front steered axle(s) of heavy goods vehicles, buses and coaches. The ban also applies to all tyres in single configuration on minibuses.  In addition, it is a requirement for all tyres on these vehicles to display a legible date code.

The Tire Identification Number is moulded into the tyre when it is cured.  Consistent with its original purpose, the full code is only marked on one sidewall.  The UK tyre market is supplied from factories all over the world.  To put the date code on both sidewalls would require agreement between the international regulatory authorities and add considerable complexity to the tyre curing process in factories worldwide.